As mentioned in my last couple of posts, not sure why I decided to do this, but throughout the year I’ve been keeping top ten lists of games, films and albums. Here’s the albums one to complete the set.

You know exactly what you’re getting in the first few seconds of this album. It’s unmistakably Slayer, and there can be little more that any fan could demand of a new Slayer album in 2015. The first few tracks hint at the speed rush of Hell Awaits, then interludes emerge nodding more to the more oppressive tone of South of Heaven. Yes, that means more of the same, but that also means more of Slayer, and this year there’s been nothing else that can touch that.

2. Satyricon – Live at the Opera

Whether live or on record, no other progressive black metal band offers polish, accessibility or innovation like Satyricon. And all three are present by the bucket load when they team up with the Norwegian Choir here. On the surface an odd mash-up but just imagine the soundtrack to The Omen then you’re not that far away from the peerless intensity and devastation summoned up in Satyricon’s recent past. If you’re going to lie in the dark with a decent pair of headphones on with anything, do it with this.

3. Swervedriver- I Wasn’t Born to Lose You

Swervedriver were a huge part of the soundtrack to my young adult years, and after all these years they returned to where they left off, somewhere between shoegaze, garage rock and early grunge. Maybe not enough for some, but I couldn’t ask for more.

Post-black metal with synths by a one-man outfit from Azerbaijan doesn’t really do this justice. It is the earliest example of why I quickly converted to Apple Music though – served it up on a beautiful, expressive plate to me when I first started using it for music discovery. From the opening piano track to the immersive, bleak wall of shimmering guitar, keyboards and black metal vocals it develops into, this is a wonderful piece of work.

A relentless, pounding industrial war cry from the outset. While the youth seem content with whining, lacklustre, easy listening that you used to hope you’d never grow into, the Youth and his cohort continue to do anger like it never went out of fashion 35 years ago. Middle aged is the new punk.

6. The Black Ryder – The Door Behind the Door

Great piece of late 60’s / early 70’s inspired psychedelic progressive shoegaze… Did I just coin a new genre? This is ambitious and arrogant, just like rock bands used to be.

A bit like the aforementioned Swervedriver, this is driving music for those with a mindo of their own – a bit of that Sub Pop style lo-fi, a bit Mary Chain, a bit garage. Very melodic, very West Coast US. Very good.

8. Venom – From the Very Depths

Thankfully some things never change. If you are the type that’s going to buy a new Venom album, you want a Venom album, and that’s what this is. It was never going to capture the energy of the early releases that revolutionised metal all those years ago, but the passion is still there.

This is Depeche Mode with guitars instead of synths, which makes it a completely different prospect but a very appealing one. What a solo project should sound like. There’s a couple of really outstanding tracks on there too.

10. Cradle of Filth – Hammer of the Witches 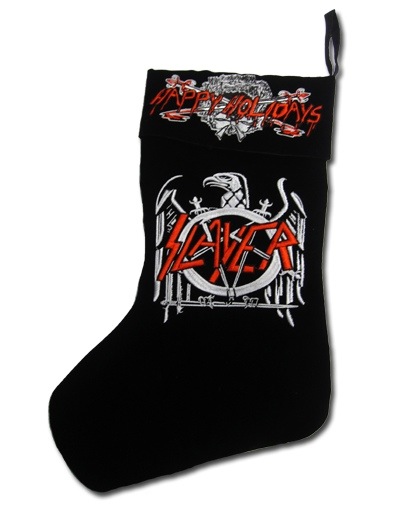 I don’t immediately associate the Slayer fan with walking around drinking a cup of coffee like some Camden ponce, but the official store does…

Slatanic Porcelain Travel Mug holds 16oz of your hot or cold beverage! Microwave and Dishwasher safe with a silicone lid and stopper. This mug can also withstand temperatures up to 400 degrees Fahrenheit!

I love the way they try to metal up a porcelain mug by telling people about the temperatures it can withstand. Of course, the Slayer fan’s mouth can do the same! 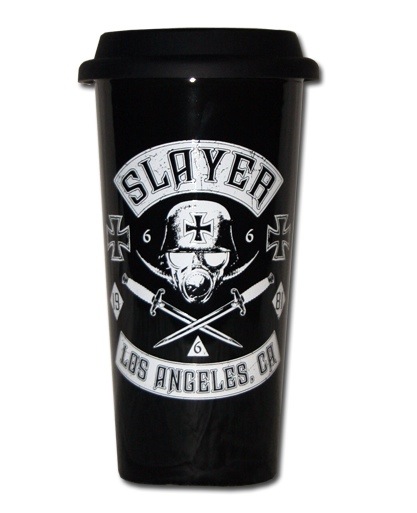