Vampirella – The Hammer Film That Never Was

As much as I love it, Dracula A.D. 1972 was effectively Hammer Films reaching desperation point, and whilst they carried on limping along for a few more years, by the mid-seventies they were pretty much screwed. As they continued throwing big money into Nessie, the never-to-be Loch Ness Monster movie, the Hollywood studios were chucking out big budget horror that was going mainstream. As a clear indication that they’d run out of ideas, they started running adverts to ask the fans what they wanted, and the answer was uber-saucy vampire super-heroine Vampirella!

Hammer quickly came up with an outline and did a deal on the character license, then turned to finding the necessary Hammer glamour to fill the role (and Vampirella’s tiny swimsuit)! Hammer stalwarts Caroline Munro and Valerie Leon decided the tiny swimsuit and various other nudie bits were way too saucy, and Hammer eventually went for Hollywood’s Barbara Leigh. (Although the pic I found below does appear to show Valerie Leo in costume)!

Despite going as far as adverts and a promotional tour involving her and Peter Cushing, the film never made it to release. There’s no definitive reason why, but it was most likely down to money, as it was also the final nail in Hammer’s coffin.

Anyway, I know most of you pervs are only here for these… 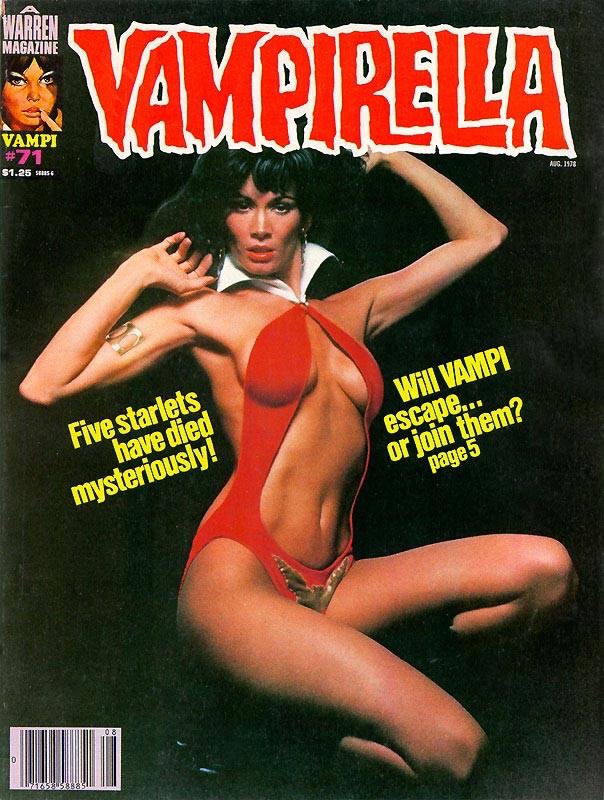